The question came up when we met with Paul Walton of Princess Pictures at Screen Forever last year.

Paul’s a former UK child actor who ran away to the other side of the camera. He worked on shows like Heartbeat and A Touch of Frost before making his way to Australia. He’s now a producer and partner at Princess Pictures in Melbourne. His credits for Princess include It’s A Date Seasons 1 & 2, Open Slather, The Divorce, Superwog Season 1, Koala Man and The Drop Off.

Here’s what Paul had to say about digital 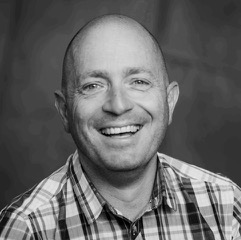 ‘I started in this business as a runner, a long time ago. The first thing I had to do was organise the extras, so I’d ask the assistant director where he wanted them. The answer? “We’re shooting on a 35mm lens at such and such an angle – work it out.” So I’d work it out and I’d get the extras in the right place for the shot, but only get one chance at doing so!

Nowadays, it doesn’t happen like that. The AD puts extras in places which look good to them. They check the monitors and there’s instant playback. So if a scene doesn’t work or the extras aren’t visible, it’s easy to move them and shoot again, while they’re all still in situ.

This ability to easily make changes on the fly is an advantage of digital technology, but it’s also a disadvantage. It makes us lazier. There’s less planning and more shooting.  Sure, the cost of digital footage is nothing like the cost of film was, but what about the cost of time and management of the masses of additional footage? We can shoot and reshoot the same scene to get it right, but should we?

Another example of constant iteration which I regularly witness is when a director has to make a decision, say about whether an actor’s dress should be green or red.  They can now respond with ‘Let me see both so I can decide.’  Options are a plenty, but smart informed decisions are getting harder to come by.  I guess the question is, does the increased opportunity here outweigh the extra time and cost?

I was also recently on a shoot where someone mentioned that the boom was in shot, only to be told, ‘they can take it out in post-production’. This is a classic case of saving time now and spending more later.

There are a lot of assumptions in that well used ‘fix it in post’ line.

It assumes that when the original post-production budget was put together, time and money was allocated to the budget for actually taking a boom out of the shot and not for the more creative post-production elements.  There is also an assumption that the post schedule has time to absorb this additional process and that the post house contract will accommodate the extra work.  When we don’t take these factors  into consideration on set, it’s small wonder so many shows run over budget when the cameras stop rolling.  By the way, while it is correct that we can fix anything in post, maybe we need to be spending just a little more time fixing it in pre  – so we can avoid wasting time and money when budgets are getting tighter by the project.

[An aside from Preferred Media – those errors don’t always get taken out in post-production either. Here are some examples from famous movies.]

Digital technology offers so much opportunity.

But if we want to realise that opportunity, we need to use technology better. It needs to be a tool, not a crutch.

We need to continue training our decision-making muscle.’

The industry has certainly changed a lot over the last few decades. We asked Paul about two more issues.

What do you wish you’d known when you started your career?

I wish I had known how valuable a network was.  I am not talking TV networks, I am talking personal networks.  This was something I took for granted in the UK, but since arriving in Australia, it is something I have had to work really hard on.  Creating authentic meaningful relationships that generate rewarding collaborations – and friendships!

What’s different for producers starting out now? What advice would you give them?

Get in the game.  Make sure you don’t just talk about it, dive in and get dirty.

Our industry is saturated with talkers.  It is the doers that create opportunities.  Put your self in the right place at the right time and you will create those “lucky” moments.

I am currently writing a book for emerging producers and key creatives with the intention of uncovering some of the unwritten rules which I believe form the foundations of career success in this amazing industry.

I know we are experiencing a time of massive disruption right now, but to be honest, when haven’t we?  There are still certain steps everyone can take that will chart you towards the pointy end of your dreams.  I’ve been so lucky to have the career I have.  My belief is it’s because I have been consciously crafting my outcomes every step of the way.  I am loving writing down my own experiences and the lessons I have learned from cast and crew who have acted as my tour guides and mentors over the last thirty years.  I can’t wait to share the book with you when it is finished!